The Little Prince - Why You Should Stop What You're Doing and Watch It.

This week I saw a film that i've been excited for since I saw a trailer in Tokyo. In fact I loved it so much that i've already watched it twice.  The film that captured my heart and imagination was The Little Prince.


I saw the beautiful stop motion and I was hooked. Then I saw the stunning CG visuals and I was more confused than excited. What studio made this? Why hadn't I seen posters for this in the UK or Australia and how could I see it?

Then last week Netflix answered my animation request and put it on the site. This film was going to be realeased in early 2016 but it was mysteriously pulled . Instead it was released by Netflix in August. It has so far had positive reviews and has become the most profitable French animation of all time. The studio that created this film is a little hard to discover because a lot of people worked on it. It seems On Animation Studios (or Method Studios) in Montreal did the CG . They also created the quite pretty Chaplin & Co TV show. The Stop motion was also created in a Montreal studio and had great Stop motion animators such as Anthony Scott and Alexander Juhasz .
This is a really interesting little podcast with the two animators:


The Little Prince - Stop Motion Animation from A Scott on Vimeo.

It is a film based on a French children's book called The Little Prince. I owned a sketch book with this little guy on the cover a few years ago without knowing what it was. Boy, am I sorry I didn't know at the time. I remember a stranger being so in love with the sketch book that she ran up to me to ask where I bought it. I understand now why she was so enamored.

In this film a young girl with an over baring , but caring mother (Rachel McAdams) move into a new house so that they can be in the catchment area of a good school. The only catch is their eccentric neighbor (Jeff Bridges). Throughout the CG story we see the little girl befriend her old neighbor who teaches her lessons through his illustrated stories. These stories are all shown in 2d and stop motion and the animation is just beautiful. The designs and uniqueness comes through in every frame.


It is one of those stories that is appealing to kids , but speaks to adults on many levels. We debated in our house for a while about the themes of the film, which is surely what a good film should do.

Not only is it visually stunning , but the characters are full of charm and very endearing.
Mr Fox is my personal favourite. Especially in the CG world when this cuddly counterpart comes to life and is animated to look like a great muppet. I want to cuddle him!

It inspired me with its beautiful quotes and caused me to doodle a little fan art.
I can't recommend this beautiful film more.
5 stars ***** 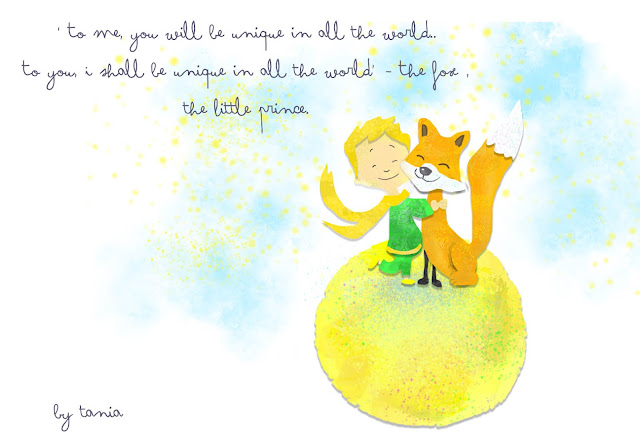 I asked my Mr to give me a speed challenge. He gave me the task of drawing a 'Banjo playing Otter' so this is a 15 min attempt at drawing one of the greatest creatures. The Otter. 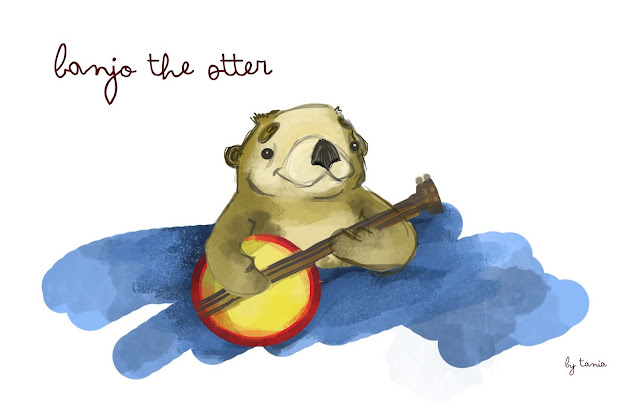 Posted by Tania 'Doodlezilla' Vincent at 03:35 No comments: