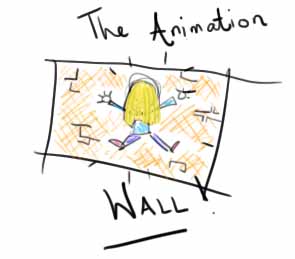 This week I hit a wall.
Not an actual wall but a proverbial animation barrier.

For weeks I've been over the moon that my work has been coming so naturally. I thought back to uni Tania and chuckled to myself. Then suddenly past Tania got her revenge. It was if all animation skills fell out ofmy head. I could blame the crazy weekend I've had, the stress of a new project or a million other things. Whatever it was I didn't like it.
So I wrote into google 'how to be an animator' and even though I've been doing it for 9 years and could probably predict every step that each website would advice for a beginner, it inspired me.

Most of the advice was basic skills, so I forced myself to sit down and come up with my own advice.
What would I tell another animator if they wanted to get out of their head?
So just for all of you out there who are having a bad day? Here's my tips for getting back on track. 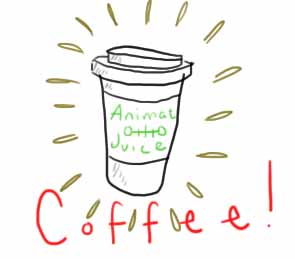 1. Step away from it.
Go make a coffee, get up and walk around. Literally do anything that means you don't look at the screen for ten mins.

2. Do another creative task.
Draw on a post it, make a model out of blue tac or try your hand at origami.
It feels like you are taking time from the scene, but it activates the right side of your brain.  You've probably chastised the creative part of your brain so much that it's turned off. The right brain is a delicate creature. 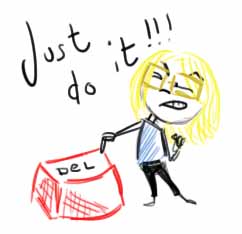 3. Delete keys.
Ok this one comes with a warning- Save first!
Create a file just for your little experiment. Go through the parts that are bugging you and delete the thousands of built up in-betweens that are bogging you down. What I normally find is that I have keys and secondary poses that are working, but I get lost in all those little flickers. The fact I know it's a
experiment means I normally try something a little different without fear and 9 times out of 10 I end up keeping the experiment.

4. Get a second pair of eyes
Yes, it’s not looking like you want it to so you aren't proud of it ,but that's why you need help. It's not weakness and people don't judge. When someone shows me there shot I have fun talking with them about it. So I imagine they feel the same way when I show them my work.

5. Listen to something inspiring.
It might be music that reflects the feeling of the scene or a quick podcast from an animator you admire, but it helps to rev those engines.
I'm animating snappy work right now so sometimes I just play happy classical music since it's so ingrained with Looney Tunes that I can't help but get excited. ..that or I watch a few seconds of Presto or Pocoyo. Those wto never fail to inspire. 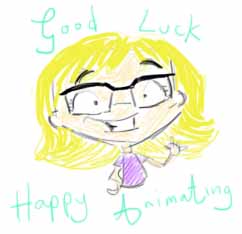 Everyone has bad days, but don't let it drag you down. Let it be the spring board to learning something extra.
Happy animating guys.

Posted by Tania 'Doodlezilla' Vincent at 05:46 No comments: